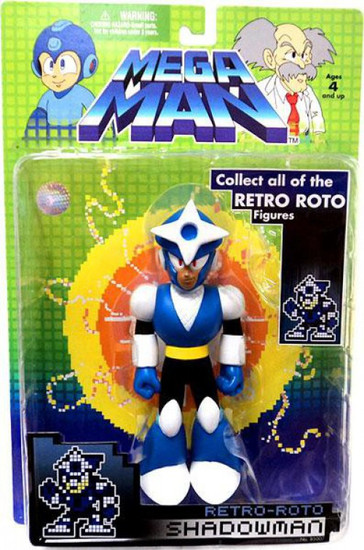 NO Build-A-Bot Piece!
Out of Stock
(You save )

I can hardly wait for the surprise!
Originally a robot from outer space, Shadow Man was found by Dr. Wily and recreated to resemble a Japanese ninja. Wielding the infamous Shadow Blade, a throwing star coated with a special and deadly liquid, Shadow Man was originally sent to guard one of the eight minerals needed to complete the peace-keeping robot Gamma. He continues to pop up now and again as part of Wily's plots for world domination.
shadowmanretrorotomegaman
681326850076
188576
Out of Stock
New