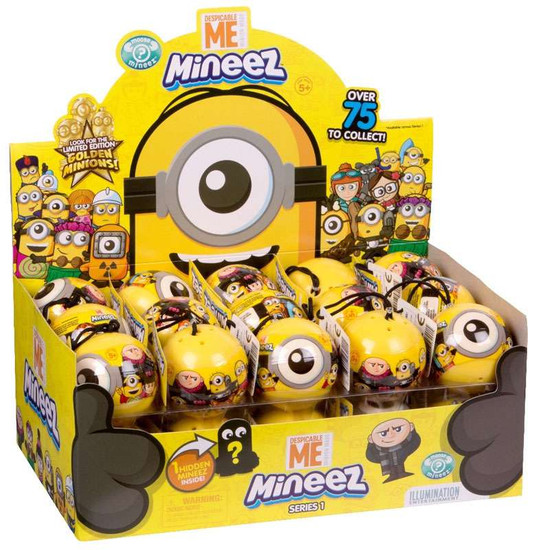 Despicable Me 3 is an upcoming American 3D computer-animated comedy film produced by Illumination Entertainment and distributed by Universal Pictures. It is the third installment in the Despicable Me film series and a sequel to Despicable Me 2 (2013). Kids will love to search for the Mineez Despicable Me characters and collect them all while theyre small! They can get a little taste of Mineez Despicable Me with this Blind Box Pack. Kids can pop open the capsule to find 1 hidden Mineez inside! There are over 75 to collect! They better make sure to look out for the Limited Edition Golden Minions! Bee Doo!... Mineez- Big Fun Made Mini!
despme3mineezbox
640213885867
159110
Out of Stock
New