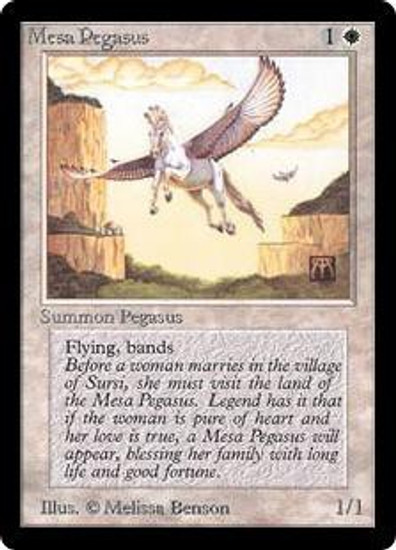 Creature - Pegasus. 1W. 1/1. Flying; banding (Any creatures with banding, and up to one without, can attack in a band. Bands are blocked as a group. If any creatures with banding you control are blocking or being blocked by a creature, you divide that creature's combat damage, not its controller, among any of the creatures it's being blocked by or is blocking.) Art by Melissa Benson.
mtgbetamesapegasus
221360
Out of Stock
New

MtG Beta Common Howl from Beyond

MtG Beta Common Howl from Beyond