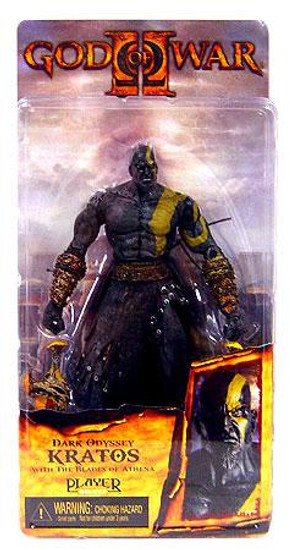 Born in Sparta, the warrior known as Kratos became the ruthless captain of a rapidly growing army. Although they enjoyed many victories, their triumphs were halted when they clashed with a brutal barbarian tribe. Kratos called out to Ares, the God of War, pledging his life to him in exchange for victory. Ares accepted and presented Kratos with the Blades of Chaos as a sign of Kratos' servitude. Ares then tricked Kratos into murdering his own family. The oracle of the village cursed Kratos to bear their ashes on his skin, earning him the nickname "Ghost of Sparta." Neca Toys produced this line of 7-inch scale action figures based on the characters from the smash hit video game franchise, GOD OF WAR.
darkodysseydp
6344824931201
135958
In Stock
New