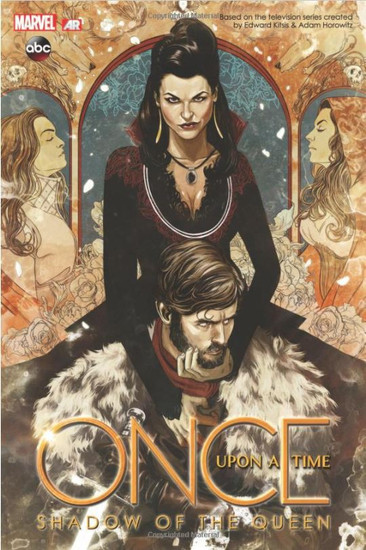 The Evil Queen has, quite literally, captured the Huntsman's heart -- and now he's her slave. Based on the world of ABC's hit primetime series ONCE UPON A TIME, this is the never-before-told tale behind their twisted relationship -- and what happens when a good man is forced to do bad. When Regina cooks up yet another devious plan to capture Snow White -- this time by allying with a pack of power-hungry werewolves -- the Huntsman comes face-to-face with his past...and an independent spirit in Red Riding Hood that just may match his own. Can these two break free of the forces that bind them and save Snow White? When put to the test, where will the Huntsman's loyalties lie? Has the Evil Queen stolen his heart in more ways than one?
Comes bagged.
onceaponatimeshadowqueen
9780785183938
179649
Out of Stock
New