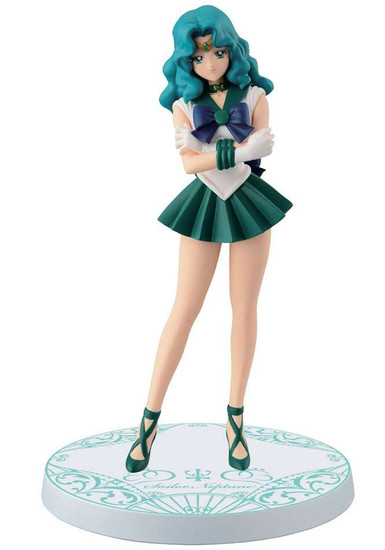 These figures are part of a series celebrating the 20th anniversary of Sailor Moon! Sailor Neptune is elegant, sophisticated, and fully dedicated to her duty as a Sailor Soldier. She possesses powers associated with the sea, precognitive ones, and various others granted by a mirror. Sailor Uranus is a lead character and member of the Sailor Soldiers, female supernatural fighters who protect the Solar System from evil. She possesses powers associated with the sky, precognition, and sword combat. Each figure comes with a display base.
20thsailorneptune
045557329884
143998
Out of Stock
New