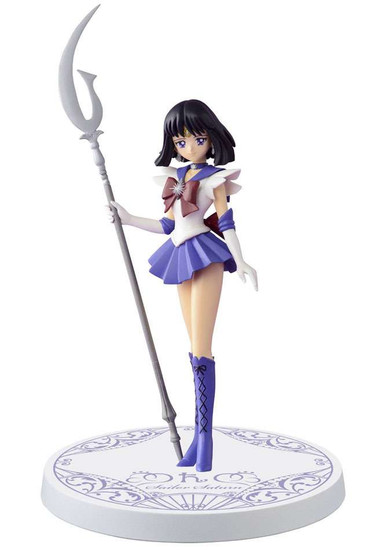 This 5 1/8" tall Sailor Saturn figure is part of the series celebrating the 20th anniversary of Sailor Moon! Sailor Saturn is a member of the Sailor Soldiers, female supernatural fighters who protect the Solar System from evil. She possesses powers associated with destruction, death, and rebirth; she has the ability to annihilate a planet and even an entire star system.
20thsailorsaturn
045557336400
272160
Out of Stock
New