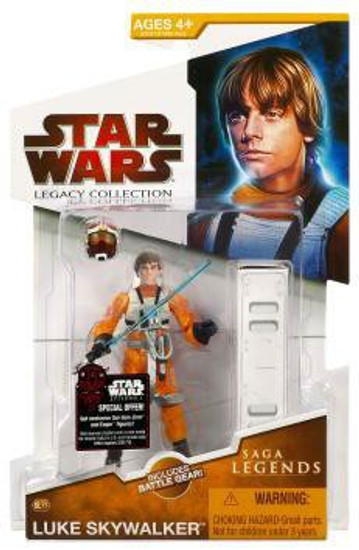 Luke Skywalker always dreamed of becoming an Imperial pilot, but he never imagined that he would one day sit in the cockpit of an X-wing and battle the Galactic Empire. Soon after joining the Rebel Alliance, Luke becomes a hero when he fires the shot that destroys the Death Star battle station.

Add this detailed Luke Skywalker figure to your Star Wars collection! Armed with full battle gear and his trusty lightsaber, this one out-of-this-world figure is ready for whatever galactic battle you can create!