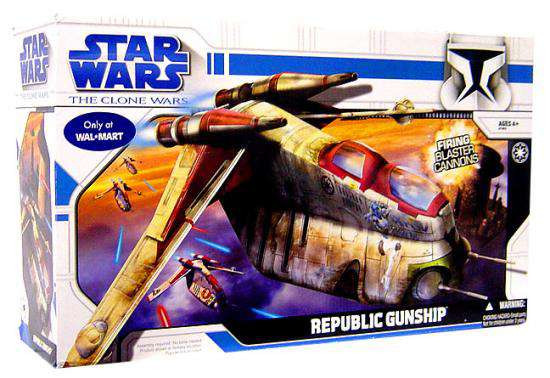 Anakin & a clone trooper squadron storm the B'omarr monastery in which Jabba the Hutt's son is being held captive. A Republic gunship deploys clone troopers who begin a grueling fight against battle droids guarding the monastery. The Republic gunship blasts the droids with cannons & missile launchers from the air, as Anakin & clone troopers attack from the ground below.
swcwexrepgun
653569351504
259332
Out of Stock
New