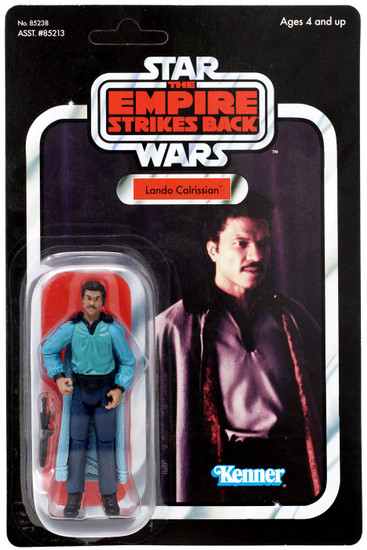 A former smuggler, and some would say scoundrel, Lando Calrissian was a long-time friend (and sometimes foe) of Han Solo. Known for his sophisticated tastes and overabundance of style and class, Lando owned and ran a Tibanna gas mine on the planet of Bespin. In The Empire Strikes Back, Lando betrayed Solo by striking a deal with Darth Vader in order to lure the Rebel heroes into a trap.
stwaviortrco5
076930852385
188833
Out of Stock
New