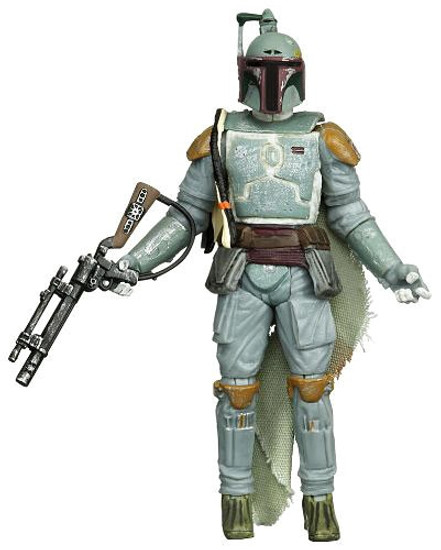 Boba Fett was a Mandalorian warrior and bounty hunter. He was a clone of the famed Jango Fett, created in 32 BBY as the first of many Fett replicas designed to become part of the Grand Army of the Republic, and was raised as Jango's son. Jango taught Boba much, training the latter to become a skilled bounty hunter as his father-figure was before him. In 22 BBY, Jango was killed at the Battle of Geonosis, which opened the Clone Wars.
vintagebobafett
653569498698
242034
Out of Stock
New