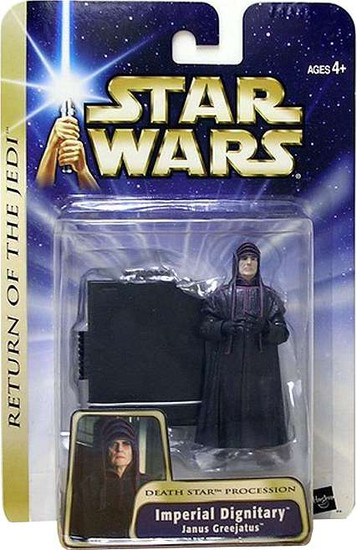 Emperor Palpatine surrounded himself with coterie of dignitaries, chosen by the Emperor for their complete subservience to him and their willingness to betray anyone who questioned the Emperor's authority. The Imperial dignitaries were with the Emperor as he arrived on the Death Star II as the Battle of Endor was about to commence.
2004dignitaryjanusdp
0769308484251
289091
In Stock
New