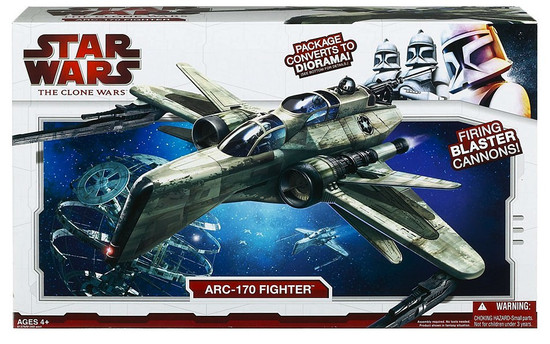 The ARC-170 Starfighter, heavily used by the Republic Navy during the Clone Wars, was a starfighter/bomber that served as the technological ancestor of Incom's X-Wing Fighter, later used by the Rebel Alliance. This iconic ship of the Clone Wars is recreated for the Star Wars action figure line. In scale with the 3 3/4' figures, this ship is what you need to take the war to the Separatists and Count Dooku!
starwarsarc170
653569428886
235976
Out of Stock
New