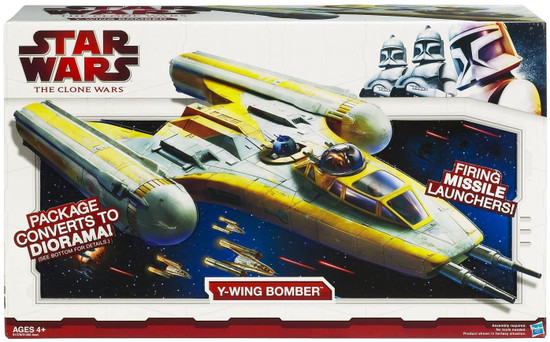 Armed with cannons, long-range missiles, torpedoes and bombs, the Y-wing bomber is one of the Republics primary combat vessels. Clone troopers and Jedi both pilot this vessel on assault and reconnaissance missions. A gunner sitting in the bubble-domed turret can blast attacking ships approaching from behind, while the pilot can fire forward-mounted cannons and torpedoes at enemy vessels up ahead. Y-wing bombers see action from the first days of the Clone Wars and help destroy the deadly new Separatist vessel Malevolence.