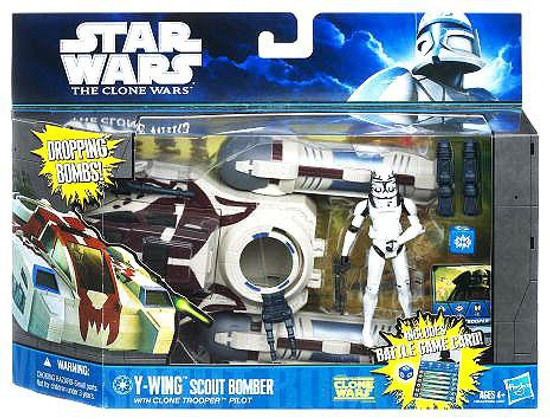 Re-enact awesome Star Wars battles with this Y-WING Scout Bomber with CLONE TROOPER Pilot Set! When you open the cockpit and put your CLONE TROOPER Pilot figure in the Y-WING Scout Bomber vehicle, youll be ready for all kinds of mobile adventure. The engines really rotate, and you can drop the included bombs on your enemies! If you have a DROID figure (sold separately), put it in the DROID SOCKET! Get ready for the intergalactic battle of a lifetime!