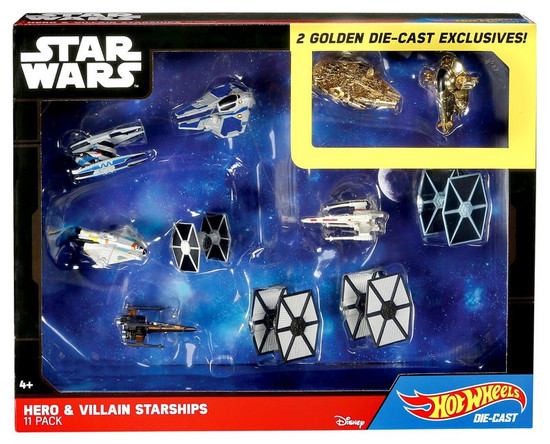 Two of boys favorite brandsHot Wheels and Star Warshave joined forces! Launch into hyperdrive with an impressive collection 11 of the most iconic starship vehicles from Star Wars, specially made with Hot Wheels die-cast. Kids will love re-creating some of the most epic galactic battles and fiercest showdowns with this 11-pack of starships. Slip on the Flight Navigator, raise your hand and send your ships flying across the roomjust like in hyperspace! The Flight Navigator also doubles as a display stand to show off your collection. Starships can be used with Hot Wheels Star Wars play sets (sold separately) so kids can build an entire galaxy of play! Set features some of the most iconic starships from the Star Wars universe and two with decos exclusive to the 11-pack.
hotwheelsherovillian11
887961197631
230728
Out of Stock
New