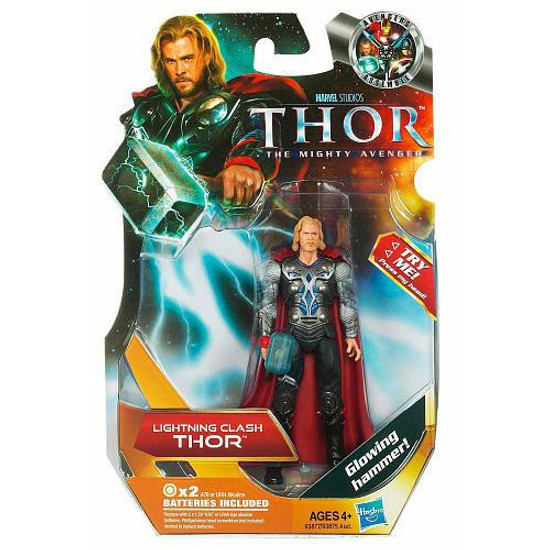 Though Thor Mighty Avenger Lightning Clash Action Figure - Thor is the master of many weapons, the greatest in his arsenal is the fury of nature itself. With his mighty hammer, Mjolnir, Thor can direct the winds, rain and lightning to obey his every command, surprising and striking down all enemies within the Nine Realms.

Defeat the forces of evil wherever you and your Lightning Clash Thor figure find them. This brawny-looking warrior is already a force to be reckoned with, but his hammer accessory holds an extra advantage: it glows to intimidate his foes when you press your figure's head! The battles you and your mighty Thor figure fight are sure to become "legendary".