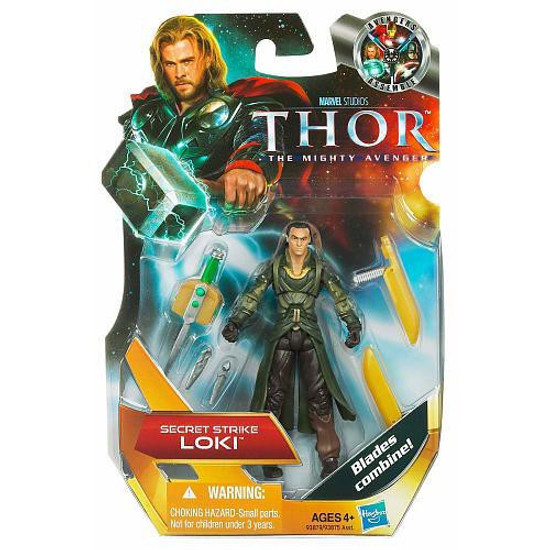 Though Thor Mighty Avenger Secret Strike Action Figure - Loki is no coward, he prefers to test his wits against his enemies, rather than the strength of his arms. Coercion and mischief are his tools for victory. Other gods sneer at his avoidance of combat - an attitude they will learn to regret when they finally get a taste of his triple-bladed sword.

Challenge the forces of justice with your menacing Secret Strike Loki figure. This ferocious-looking warrior is already a force to be reckoned with, but his sword accessories holds an extra advantage: they combine to become one giant sword for facing his enemies! This villain is legendary for his threatening power - and only you can decide if anyone will defeat him!