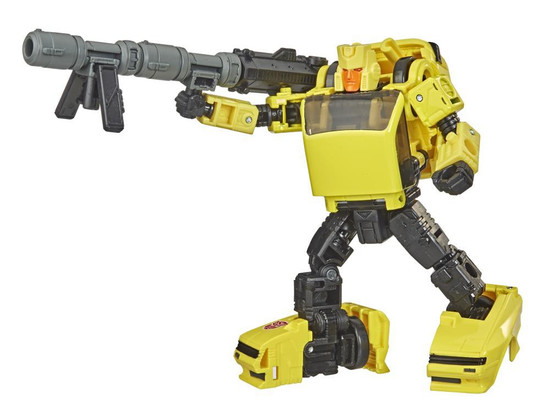 Fans can take their Transformers figure collections to the next level with Generations Selects, a fan-dedicated line of figures featuring fan-favorite, special edition characters you cant find in the main line.

This special edition WFC-GS13 Hubcap figure is the first modern era update inspired by the 1986 Mini-Vehicle mail-away. He even features the classic orange face unique to the original toy release. Hubcap is a character with some serious identity issues. Not only is he often confused with Bumblebee for being of similar size and color, but the original 1986 mail-away mislabeled him as Cliffjumper. Not that anyone knew who Hubcap was at the time anyway. Though he appeared in the 1986 Mini-Vehicle assortment, he was only introduced into Transformers entertainment in 2007 with the release of IDW's Megatron Origin Issue #3.
genselectdeluxehubcap
5010993708260
334038
Pre-Order
New