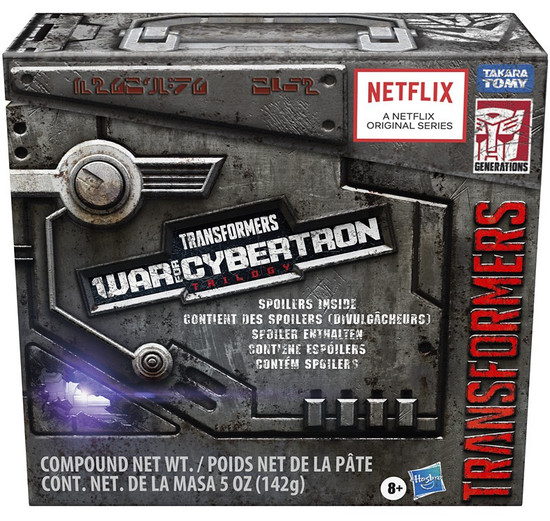 SPOILER ALERT: Hidden within this pack are spoilers for the War for Cybertron series! Fans shouldnt decode the Cybertronian if they don't want key events from the show revealed! SERIES-INSPIRED FIGURE: This figure is inspired by the character as seen in the War for Cybertron series. With 63 deco ops, this series-inspired figure brings fans the most detailed and series-accurate version of the character CLASSIC TRANSFORMERS CONVERSION: This toy converts to vehicle mode in 34 steps, the included Battle Masters figure converts to weapon mode in 6 steps Includes: 2 figures, compound, 9 accessories, and instructions.