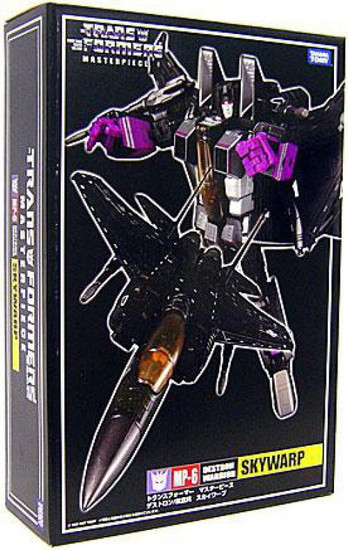 Skywarp is the sneakiest of the Decepticons. On Cybertron he was known to appear out of nowhere in the middle of peaceful Autobots villages to rain terror and destruction upon them, if the mood fell upon him. He'll even use his teleportation poweres to play a prank on a fellow Decepticon. Everyone enjoys this except the butt of his joke since Skywarp's sense of humor tends to be rather cruel and physically abusive. Skywarp isn't too smart and would be totally useless without the supervision of Megatron.
takaramp06
4904810752431
153242
Out of Stock
New