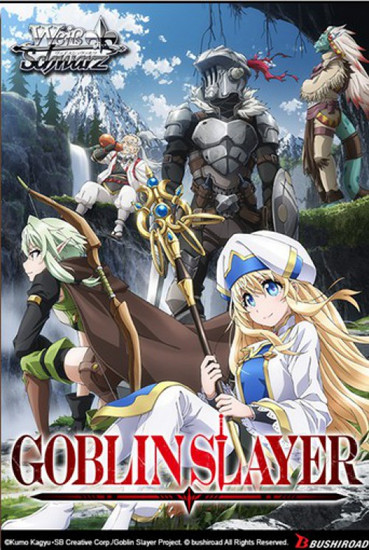 50 CARDS PER DECK
The anime series Goblin Slayer which aired from October to December 2018 joins Wei Schwarz!
Based on the popular light novel of the same name published by GA Bunko that has sold more than 3 million copies!

Goblin Slayer is a dark fantasy story where a stoic protagonist, who hides his face under a helmet, fully utilizes his experiences and knowledge to take down goblin after goblin.

Get ready for Goblin Slayer and his comrades on the stage of Wei Schwarz!

>>Sign Card<<
Every deck your purchase has a chance to contain a sign card by the voice cast!!
Yui Ogura(as Priestess)
weissgoblinslayertrialdeckplus
8885009405245
307453
Out of Stock
New