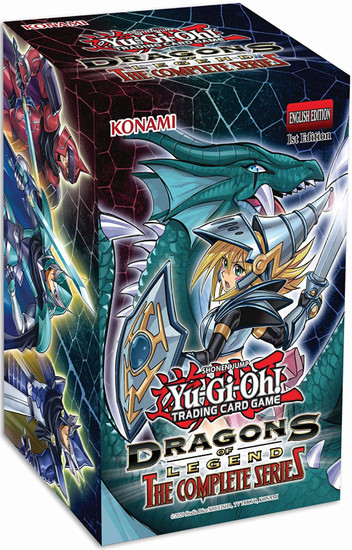 Each box will have 2 x 18-card Dragons of Legend: The Complete Series booster packs, with 3 Ultra Rares and 15 Commons per pack. Unlike Legendary Duelists: Season 1 though, every Ultra Rare within the set is available in a colorful Purple, Blue, Green, or the standard Gold! In addition, every box will include 1 of 7 unreleased Secret Rare cards (3 from the upcoming Fall 2020 core booster set, plus 4 new versions of classic monsters from the original series: Hundred Dragon, Time Wizard of Tomorrow, Cyber Slash Harpie Lady, or Jinzo - Layered)!