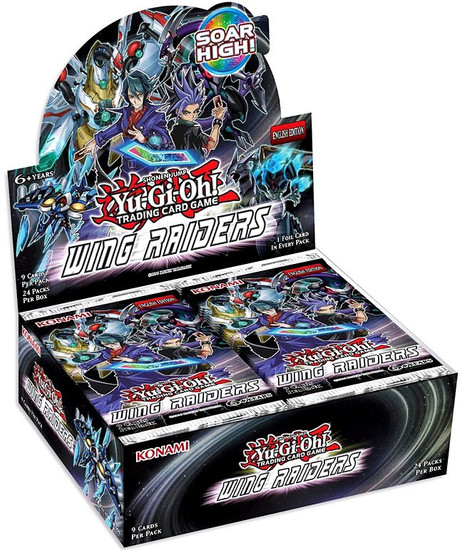 The Wing Raiders special booster set contains brand-new Xyz cards and cards from the new Yu-Gi-Oh! ARC-V series, including several cards to help players power up their current Deck, or build a whole new Deck!
With the Wing Raiders booster set, Duelists can power up their Xyz strategies, like Raidraptors, with new powerful cards like Raidraptor Satellite Cannon Falcon, an Xyz Monster that devastates your opponents Spell & Trap cards and uses the power of fallen Raidraptors to sap the power of your opponents monsters! Duelists can also try their hand at commanding two new monster themes thatll take their Xyz strategies to the next level the spectral Phantom Knights and the Super Quantum mecha pilots!
The Wing Raiders booster set contains 60 cards: 27 Commons, 12 Rares, 10 Super Rares, 6 Ultra Rares, and 5 Secret Rares.
wingraidersboosterbox
083717826491
127944
In Stock
New