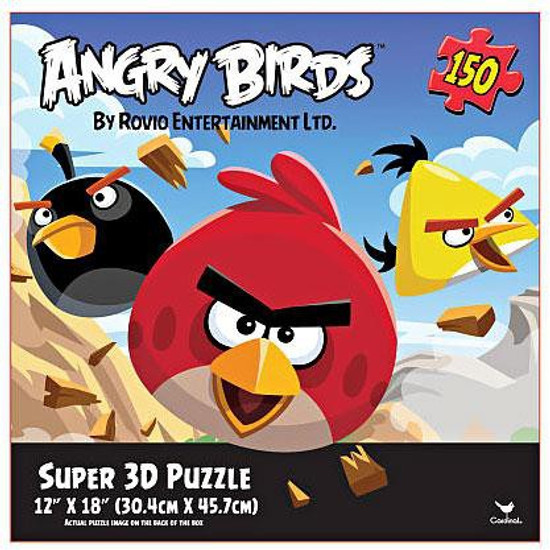 The Angry Birds Super 3D Puzzle - 150-Piece measures 12 x 18 inches when assembled.
Angry Birds originated as a puzzle video game where players use slingshots to toss birds at pigs to gain points. Angry Birds has been enjoyed by many because of it's comical nature as well as enjoyable gameplay. Its popularity has led to multiple version of Angry Birds being created for gaming consoles, personal computers, and now plush toys!
The survival of the Angry Birds is at stake. Dish out revenge on the green pigs who stole the Birds' eggs. These wingless birds, based on the hit mobile game app from Rovio, are a little upset and need your support. Despite all their anger, they're all just too cute to pass up. Pick your favorite character or collect them all!
angrybirds3dpuzzle
047754904574
208986
Out of Stock
New