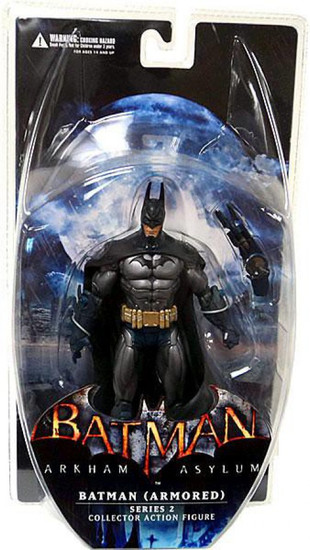 This version is clad in a sculptured armor chassis patterned after the standard Batman costume, complete with gold utility belt and billowing black cape. Blackmailing Gotham with the threat of explosives scattered throughout the city, the Joker forces Batman to enter Arkham Asylum alone. Batman learns of the Jokers exploitation of the chemical substance, Titan, a powerful derivative of Venom; ultimately the Joker intends to create his own army of superhuman monsters by leaking Titan into Gotham Citys water supply, leaving Batman to the task of devising an antidote.
asylumarmoredbatman
761941297828
118826
In Stock
New