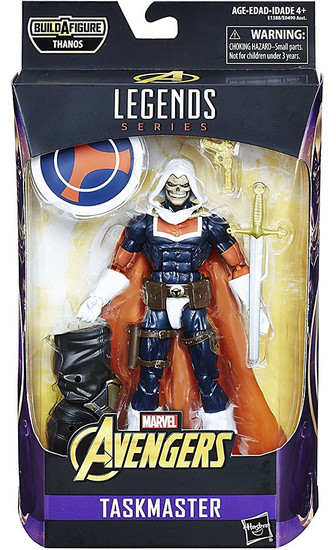 An expert of mimicry, Taskmaster copies the stunts and skills of his opposition to beat them at their own game. With the Marvel Legends Series, both kid and adult Marvel fans can start a legendary collection of comic- and movie-based Marvel characters. This 6-inch Taskmaster figure is highly articulated and features a comic-inspired design, making it another worthy addition to the Marvel Legends Series. Collect all figures in this Avengers Marvel Legends Series Build-a-Figure collection to assemble Thanos! Additional figures sold separately.
legendstaskmast2307
630509612307
185003
In Stock
New