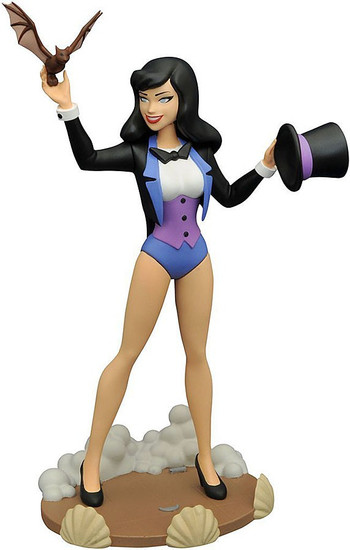 A Diamond Select Toys release! The sorceress of the DC Universe is the next DC Animated Gallery PVC figure! Based on her appearance in Batman: The Animated Series, this sculpture depicts stage magician and genuine magic-user Zatanna Zatara posed as if in the middle of a performance, on a stage base, pulling a bat out of her hat. This 9-inch scale figure is cast in PVC plastic and features high-quality paint applications, and is in scale to all Gallery and Femme Fatales figures. Packaged in a full-color window box. Sculpted by Varner Studios. PVC Figure SRP: $45.00
jun162389
699788183212
132298
Out of Stock
New