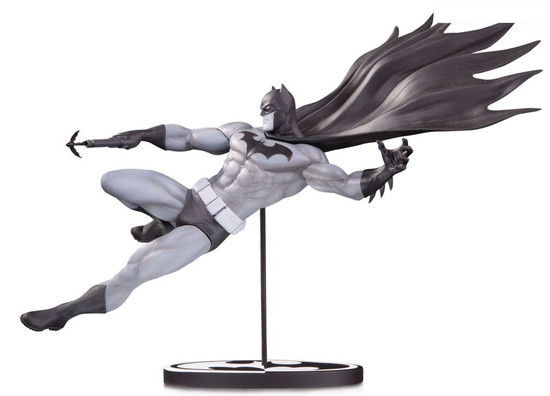 Designed by Doug Mahnke; Sculpted by Paul Harding DC Collectibles presents the 99th statue in its Batman Black & White line: Batman by Doug Mahnke. This gravity-defying statue features Batman in mid-leap with his grappling gun at the ready. The Batman Black & White line wouldn't be complete without this statue, which showcases Mahnke's extensive work on Batman from the early 2000s. Limited to 5,000 pieces and individually numbered. Statue measures approximately 7.3" tall
aug190704
761941363035
302731
In Stock
New