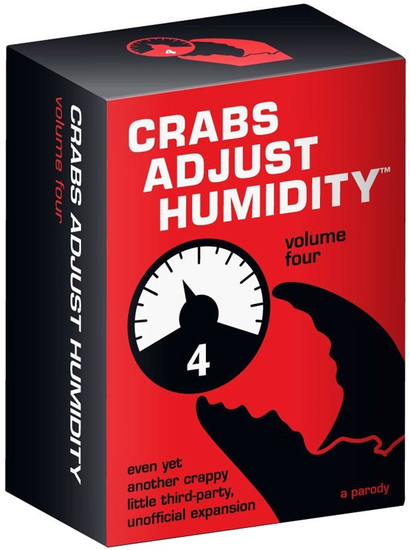 History doesn't have a great record when it comes to third editions. Notable examples of how things go wrong include The Hangover Part III, the Third Reich, and my mother's third child, Stephen. Despite all that, with Crabs Adjust Humidity: Volume Three we're yet again casting aside our filthy metaphorical undergarments in order to expose the twisted, glistening undersides of our damaged psyches. That's right, we've brought you another 112 cards so ill-advised, acting them out could get you thrown in federal prison. Just like Stephen. * Don't try to play this without Cards Against HumanityTM. It won't work. ** Cards Against HumanityTM is a trademark of Cards Against Humanity LLC, and is completely unaffiliated with this game or its publisher.
crabsvol4
748252167163
94802
Out of Stock
New