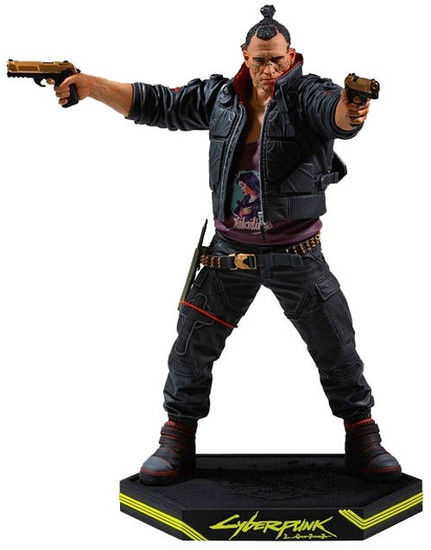 Dark Horse and CD PROJEKT RED partner to bring the start of our figure line from the upcoming, highly-anticipated game of Cyberpunk 2077. Each Figure stands at approximately 9.5 tall with a base featuring the Samurai emblem of the fictional Night City band.

Players make their way through the streets of Night City, theyll be doing so as the cyberpunk by the name of V. The Male V figure, as seen on the recent Cyberpunk 2077 trailers, soon can be featured on your shelves.