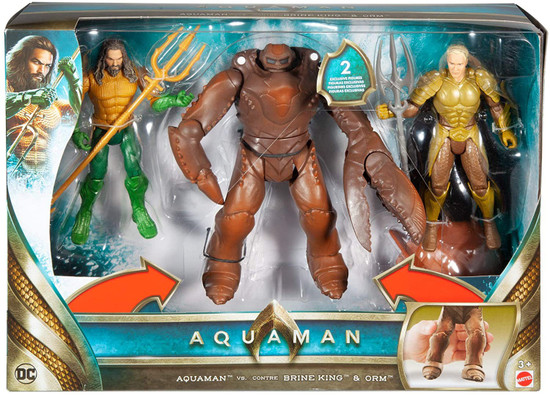 Wage epic movie combat with this ultimate DC Super-Villains and Super Hero pack! This complete Battle in a Box includes two exclusive 6 scale Aquaman and Orm action figures and an oversized 7.5 Brine King. Each is highly detailed with 14+ points of articulation and true to movie designs. Aquaman wears Kings armor and wields his signature golden metallic trident. Orm comes in iconic battle suit with full length cloth cape and brandishes his signature silver colored trident. Squeeze the monstrous Brine King legs and the crustacean will attack, swing his claw and he captures enemies in a lethal vice grip!
aquaman3pack
887961685466
273563
In Stock
New