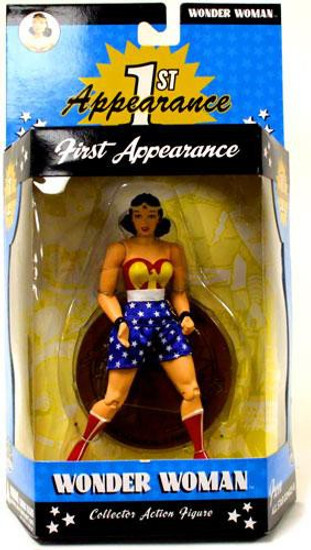 Emerging from her native land of Themyscira to battle evil in 1941's ALL STAR COMICS #8, the Amazon princess Wonder Woman has become one of comics' best-recognized icons! The FIRST APPEARANCE: WONDER WOMAN ACTION FIGURE measures approximately 6 3/8" tall and features multiple points of articulation. It includes a base and a mini reproduction of the comic in which the character first appeared, and is packaged in a 4-color deluxe blister.
cobodcdifiap3
761941240411
246111
In Stock
New