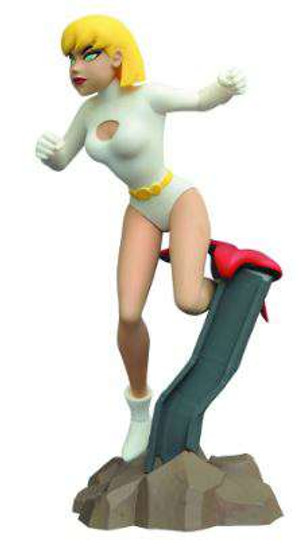 A Diamond Select Toys release! It's the girl who would be Power Girl! Created by Cadmus Labs as a clone of Supergirl, Galatea was aged to her physical prime without the moral influences that guided her genetic twin, and became an enemy of the Justice League. Sculpted at a 9-inch scale, this dynamic PVC figure has Galatea hovering over a diorama base, and features detailed sculpting and paint applications. The figure comes packaged in a full-color window box, and is in scale to all Femme Fatales and Gallery PVC figures. Sculpted by Varner Studios!
sep162548
699788183205
139316
Out of Stock
New