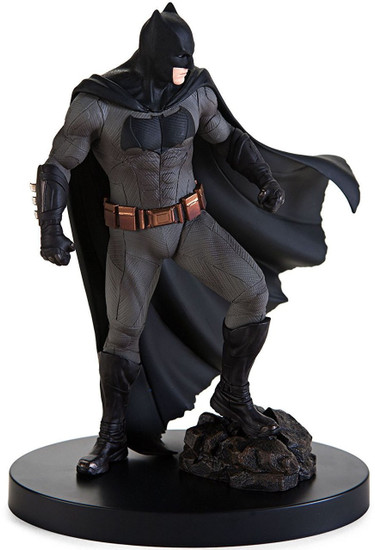 Kotobukiya salutes the popular 1990s "Batman: The Animated Series" with its ARTFX+ figure of Harley Quinn! Developed by genius animator Bruce Timm, the series features a noir atmosphere that captivated adults as well as youngsters, and its multiple Emmy awards were well-deserved. The unhinged Harley Quinn made her debut in this series, and rapidly became a fan favorite -- and now you can add her to your figure collection!

Product Features
6.30 inches (16cm)
1/10 Scale
Made of PVC
Based on Batman: The Animated Series
Wearing her iconic jester outfit
Base is magnetic
Includes bonus accessories for Joker