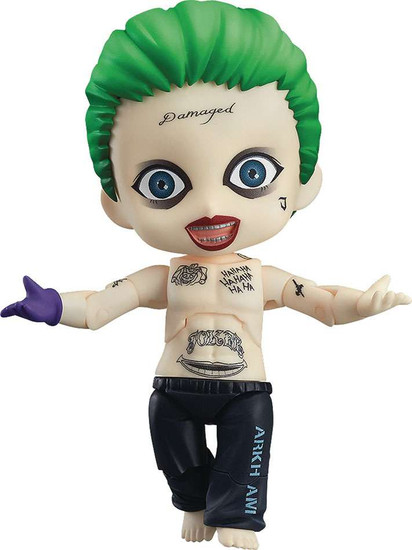 From the movie Suicide Squad comes a Nendoroid of one of the most popular DC Comics villains, the Joker! The maniacal expressions of the Joker have been faithfully recreated in Nendoroid style, but have a very unique feel to them that shows an all-new potential for the Nendoroid series! He comes with three face plates including a smiling expression, a shouting expression and a glaring expression. Optional parts include a razor and electroshock tools. A selection of the various tattoos on his body and face have also been included on the design to bring out as much of the Joker as possible in Nendoroid size!
jul168631
4580416902199
145527
In Stock
New