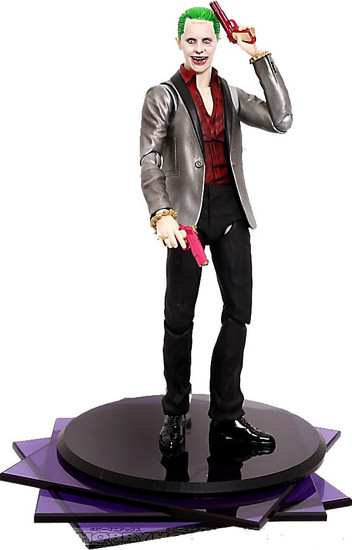 S.H.Figuarts presents the ultimate action figure portrayal of the Joker from the film Suicide Squad. Fully articulated and detailed down to the seams and wrinkles in his clothes, its perfect for capturing all sorts of scenes from the hit film. The figure is colored using digital coloring technology so detailed that its even able to capture the distinctive color of his pupils (3mm at this scale!) The 150mm tall figure comes with two heads with different expressions, two types each of left and right hands, and the Jokers trademark pink pistols
ban11210
4549660112105
143027
Out of Stock
New