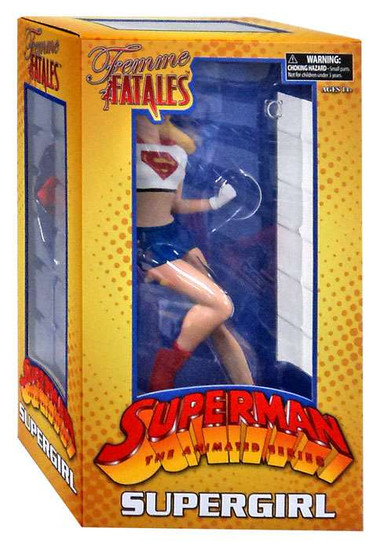 A Diamond Select Toys release! DST is finally entering the world of the DC Animated Universe! Their first release takes them all the way to Metropolis, the home of Superman: The Animated Series - and the adopted home of Superman's cousin from Krypton, Supergirl! Supergirl rests atop a rocky outcropping, ready to hurl herself at the next foe to threaten her cousin or her favorite city. Measuring approximately 9 inches tall atop her sculpted base, Supergirl comes packed in a full-color window box, and is in scale with other Femme Fatales PVC statues. Sculpted by Steve Varner Studios.
mar152063
699788813348
102707
In Stock
New