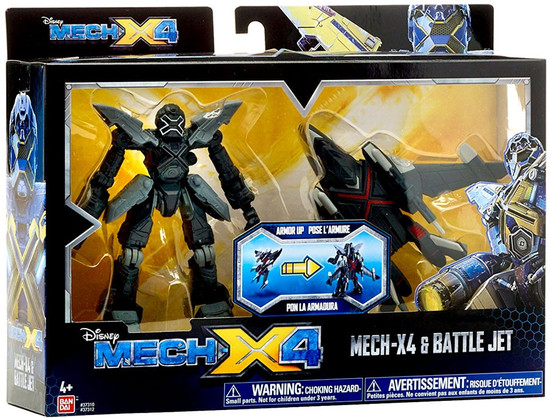 It's time to prepare for battle and Mech execute. Based on the Disney and Disney XD Channel show Mech X4, the 5 inch Robot and Jet allows you to armor up Mech X4 to battle by air as featured in the show. This dual pack includes a unique designed Mech X4 Robot and matching transforming jet. Jet features 2 missiles that can be launched in either mode and can be played with separately or combined with the Mech X4 Robot to create an armored up robot ready for battle. Collect them both to recreate all the exciting battle action as seen in the show.
disneymechx4batjet
045557373122
167987
Out of Stock
New