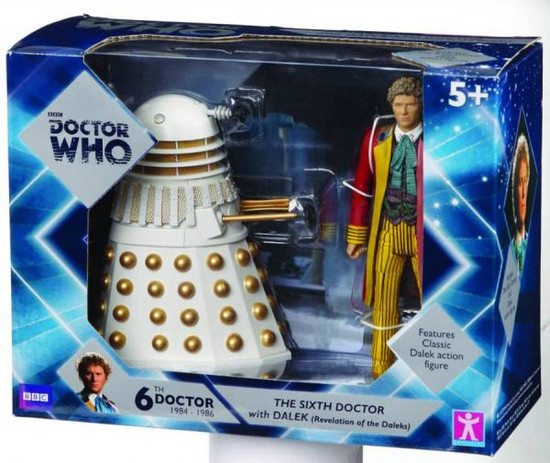 From Underground Toys! Highly detailed and realistic action figure collection that celebrates 50 years of Doctor Who. Each pack includes a fully poseable 5-inch Doctor and a free-wheeling Dalek from the same era that features moveable eye stalk and gun arm. The Sixth Doctor Loud, boastful and colourful, this extravagant Doctor hid his vulnerability and caring nature behind a seemingly pompous mask of alien disinterest. After once again being put on trial by the Time Lords, the Doctor's TARDIS was shot out of the skies by his old enemy, the Rani, and the subsequent crash triggered a regeneration The Daleks Genetic mutations housed in armoured travel machines, the Daleks are the distillation of all that is evil in the Universe.
jan142077
603259047835
123909
Out of Stock
New