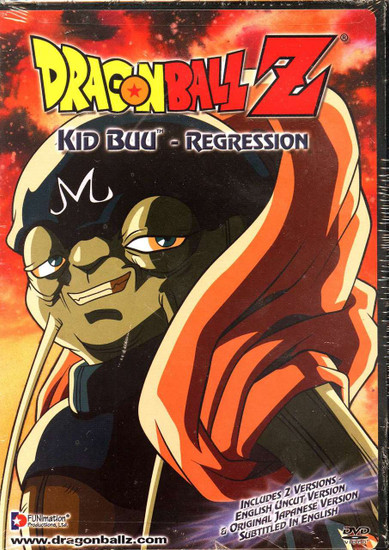 Evil Kid Buu! When Super Buu?s body begins to mutate once again, Goku and Vegeta have to get out fast! But what awaits them if they manage to escape? What is the insidious Buu turning into now? End of Earth After the chords of attachment to the roly-poly Buu are cut by Vegeta, Majin Buu should mutate into a much weaker form. But instead he gets even stronger! This baffles everyone but Kibito Kai, who discloses Majin Buu's bizarre history! This new evil Buu has chosen his first target? Mother Earth herself! True Saiyans Fight Alone With Earth erased from existence, Majin Buu begins his search for Goku and Vegeta that leaves worlds destroyed in its wake. But when Buu's hunt leads him to the Great Kai Planet, Goku and Vegeta draw the line! The Super Saiyans lure Buu away by raising their power levels and disclosing their whereabouts, setting the stage for the Battle of All Battles!
drzdbzdvd83k
704400030680
172957
In Stock
New