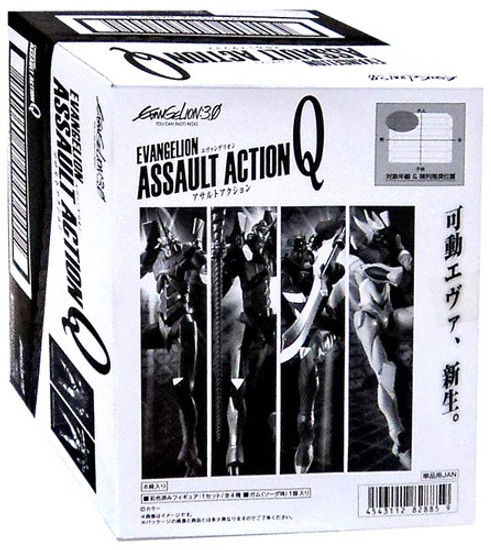 Please note to our International Buyers: We cannot ship Bandai America products outside of the United States & Canada. Sorry for the inconvenince.
$114.99
(You save )

From Bandai Candy Toy! Recreate your favorite scenes! Bandai's 'Assault Action' series emphasizes both the form and function of specific characters, allowing a variety of poses to be achieved. This time the installment focuses on Evangelion, one of the most popular anime franchises of all time. Based on the appearances from Evangelion: 3.0 You Can (Not) Redo, each figure comes with an accessory to faithfully replicate a scene from the film. Figures include Evangelion 13 (2 Arm Version), Evangelion 13 (4 Arm Version), Evangelion 2, and Evangelion 8. Blind mystery box packaging.
aug132202
4543112828859
79331
In Stock
New

Evangelion 3.0 You Can (Not) Redo Revoltech Yamaguchi EVA 13 Action Figure #136