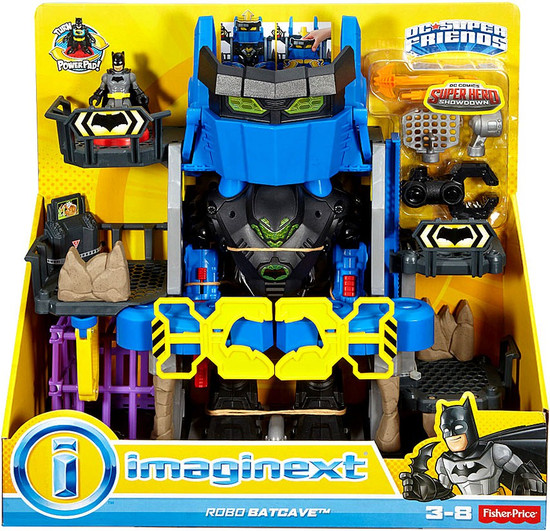 The usual suspects are stirring up trouble in Gotham City.To the Robo Batcave, Batman! Turn the First Power Pad to open the gate, raise the Bat-shaped head and reveal the Batbot. (The Batman figure fits inside!) Turn the Second Power Pad on the bottom of the play set to move the Batbot forward and march him into any crime-fighting adventure young wannabe DC Super Heroes can think up! In an all-out battle with Gotham City villains? Just turn the Third Power Pad to swing the Batbot's arm that can be fitted with a claw, jaws of life or Gatling gun accessory. And if the Robo Batcave comes under attack, push the button to fire the projectile launcher or throw captured villains in jail. There's no end to the adventures when kids use their greatest super power - imagination!
imaginextrobobatcave
887961219012
116066
Out of Stock
New