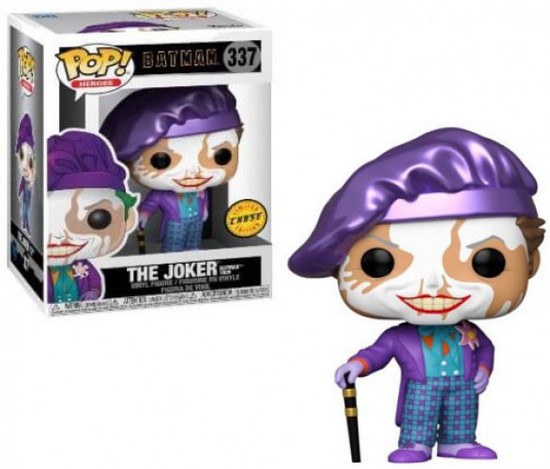 Funko Pops can show minor paint or packaging imperfections. Funko does not consider these defects. While we strive to deliver the best condition, we cannot accept returns due to minor flaws or minor package damage. Thank you for understanding.
$64.99
(You save )

DC Comics: Batman 1989 Funko Pop! Vinyl's are here! Joker with Hat is here to join your collection!
Once a mob enforcer, Jack Napier, chose the Alias of The Joker when his appearance was disfigured by a vat of chemicals and botched surgeries. After killing his old boss and former mobster Carl Grissom, The Joker decides to take over Gotham with a spat of random mass murders.
popheroes47709chase
0609411453834
318005
In Stock
New