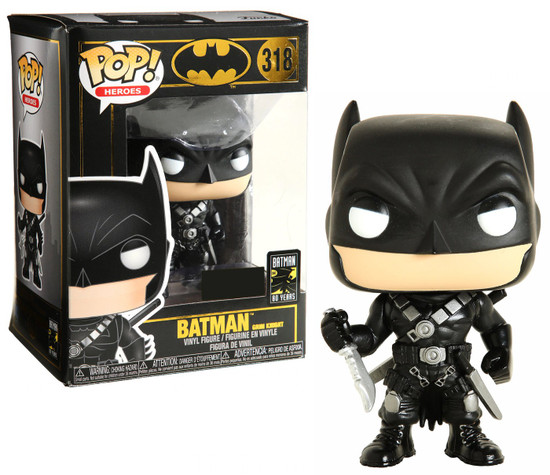 Funko Pops can show minor paint or packaging imperfections. Funko does not consider these defects. While we strive to deliver the best condition, we cannot accept returns due to minor flaws or minor package damage. Thank you for understanding.
$34.99
(You save )

Holy anniversary, Batman!
Celebrate 80 years of the Caped Crusader with Batman Grim Knight. In an alternate version, he is an enemy to Batman who allies with the Batman Who Laughs. He is a version of Bruce who shot Joe Chill dead when he killed his parents. He made his debut appearance in the comic, The Batman Who Laughs Vol. 2 #1. The Grim Knight has received a Funko Pop! makeover as a vinyl figure.
funkobat80318
889698460521
322256
In Stock
New