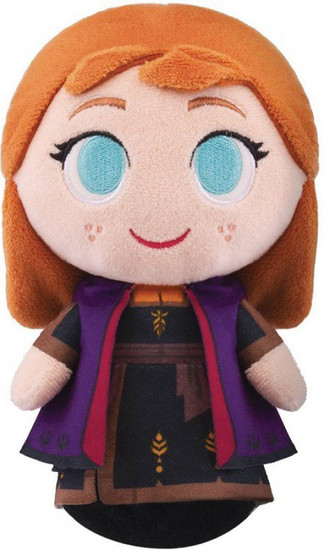 Let it go! Let it go! Cant hold it back anymore! What cant we hold back, you ask? Our excitement for the release of Funkos new Frozen II SuperCute Plushies, thats what!

Set three years after the events of the first film, Frozen II sees Elsa start to hear a strange sound from the north calling her. Together with her sister Anna, Kristoff, Olaf, and Sven, they embark on a new journey beyond their homeland of Arendelle in order to discover the origin of Elsa's magical powers and save their kingdom.

Well now the film doesn't just have to belong on the big screen, no now you can take your favourite Frozen characters with you wherever you go with these adorable SuperCute Plushies. Here we have Princess Anna, the younger sister of the Ice Queen herself, Elsa. Imagine being able to snuggle up to your favourite Frozen characters as you watch the film!