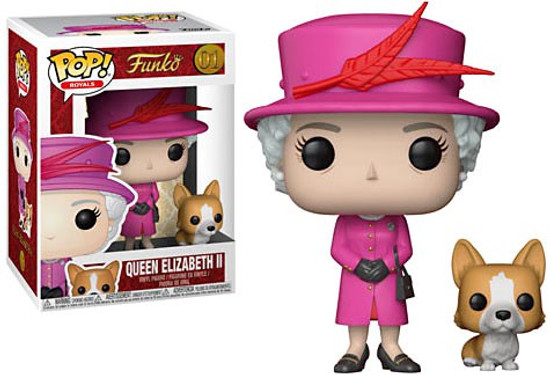 Funko Pops can show minor paint or packaging imperfections. Funko does not consider these defects. While we strive to deliver the best condition, we cannot accept returns due to minor flaws or minor package damage. Thank you for understanding.
$29.99
(You save )

Funko is honored to introduce our new Pop! Royals figures coming to stores this winter.
This new series spotlights some of the most well-known and beloved members of the British Royals. Our introductory figures feature the late Diana, Princess of Wales,
Queen Elizabeth II (featured with one of her beloved corgis), Charles the Prince of Wales,
his sons Prince Harry and Prince William, and Kate, the Duchess of Cambridge.
Diana, Princess of Wales, will also be available as a chase piece, featured in a spectacular red gown. This figure will be available as a 1 in 6 variant.
These products are our fun characterisation of the icons they represent, but they have not been endorsed or approved by any member of the Royal Family. They do not have any connection with and are not of a type supplied to any member of the Royal Family.
poproyalqueenelizabeth
889698219471
179449
In Stock
New