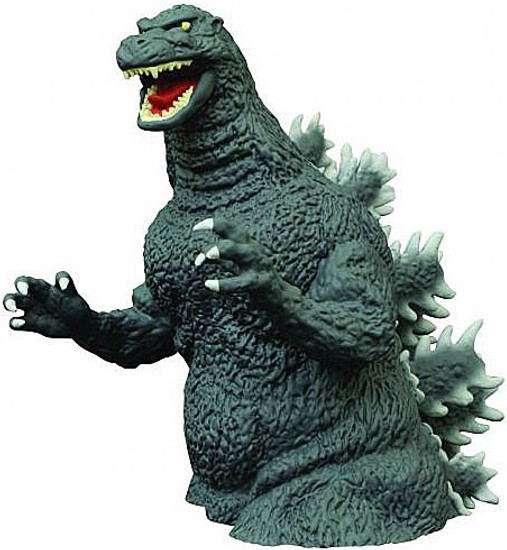 A Diamond Select Release! Is he monster, or hero, or both? This 10-inch bank of the city-destroying and alien-fighting lizard called Godzilla is based on his original appearance in the 1954 movie that launched a film icon! Cast in sturdy vinyl, the bank features a coin slot in his back, as well as an access door in the base. Sculpted by Gentle Giant Studios!
dec131817
699788729786
81884
In Stock
New