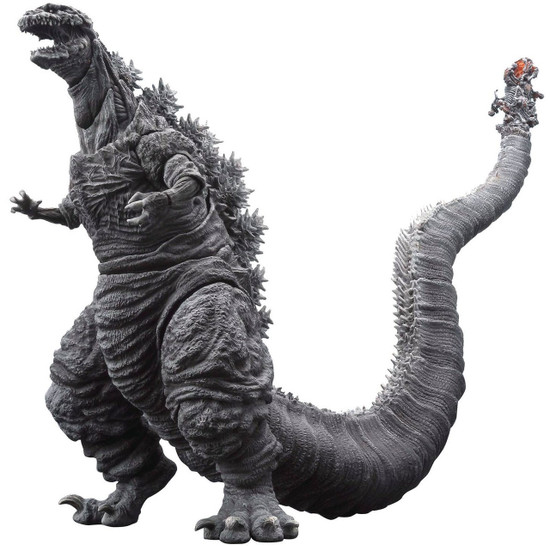 Please note to our International Buyers: We cannot ship Bandai America products outside of the United States & Canada. Sorry for the inconvenince.
$169.99
(You save )

An incredibly detailed figure of the fourth form of Godzilla as seen during the freeze-attack scene in the hit movie "Shin Godzilla"! Colored to replicate Godzilla's appearance after being injected with blood-thickener, it features a newly sculpted tail to bring it in line with S.H.Monsterarts scale. Includes optional tail parts.
ban20863
4549660208631
259312
In Stock
New