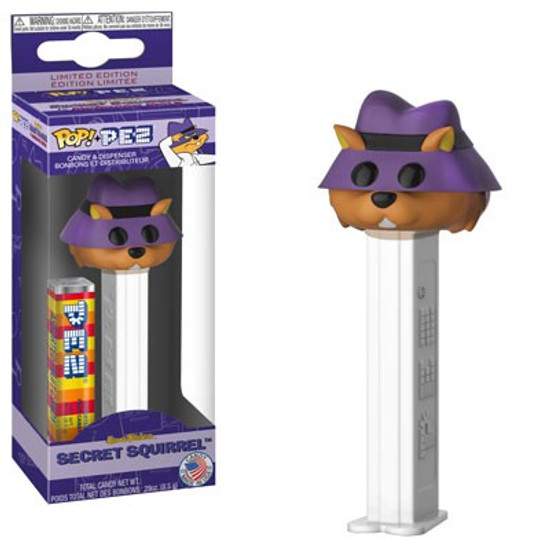 Funko Pop! PEZ: Hanna Barbera! The retro and beloved animation studio, Hanna-Barbera, produced characters that were practically made to be Pop! PEZ dispensers. Everybodys favorite blue hound, Huckleberry Hound is available both in his traditional coloring and with a red Chase with a one-in-six rarity. Snagglepuss, the dapper pink mountain lion, makes for an adorable candy dispenser. Secret Squirrel, alias Agent 000 is potentially the first undercover Pez candy dispenser while his sidekick Morocco Mole manages to dispense candy while wearing his characteristic red fez.
funko32293
889698322935
276352
In Stock
New